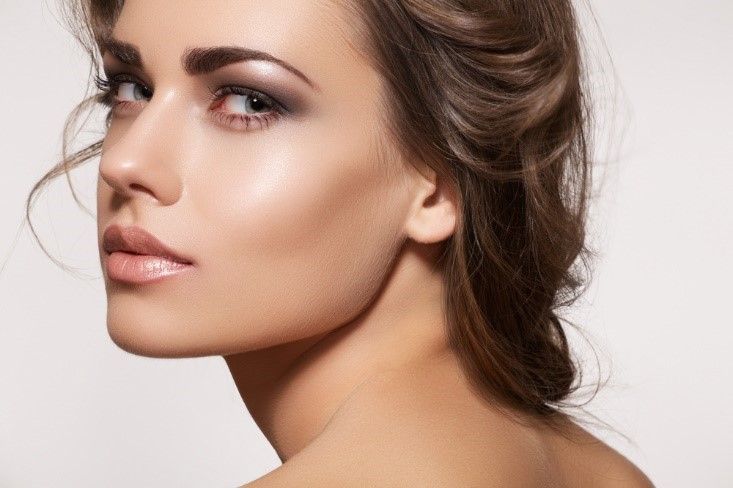 With the ability to define the face and make us look more youthful, it is little wonder that facelifts are such a common cosmetic surgery procedure. Many patients who choose facelift surgery report that the end result leaves them brimming with confidence, and feeling as well as looking significantly younger. Nevertheless, conventional facelift surgery is invasive with considerable downtime, and understandably, many people who are desperate to reap its benefits still have real reservations about going under the knife.

Thankfully, advances in the techniques and tools used in cosmetic improvements mean that patients no longer need to turn to invasive surgery in a bid to transform their appearance. Instead, there a range of different non-surgical procedures that can help you to achieve the same results as a facelift – but without any invasive surgery.

There are three different areas that non-surgical facelift treatments can address. These are:

- Replenishing volume that has been lost

Many patients choose to use a combination of treatments so that they can effectively address the different aspects of their face that they are unhappy with. Let’s explore some of the non-surgical facelift treatments most commonly requested today.

Botox injections have been around a while, but they are still one of the most popular choices when it comes to reducing signs of in the face. Botox is a . When injected into the muscle, it causes it to relax meaning that it cannot contract and wrinkle the skin above it.

Botox is most often used on fine lines around the eyes, on the forehead and in other areas of the upper part of the face. The results of the treatment are at the optimum around a week after the and can last as long as 12 to 16 weeks. Therefore, patients find themselves booking in for Botox sessions three or four times each year.

As we get older, we naturally lose volume in our face. This can create the appearance of sagging jowls and hollow cheeks, which in turn can make us appear older, often more so than we truly are.

Dermal fillers, which are administered via injection, work by restoring facial volume, plumping out the cheeks and tightening the skin the face. This gives the patient improved facial definition and a more youthful appearance.

They are most often used in cheeks and lower parts of your and can reduce lines running between the lips and chin, nose and lips and around the mouth.

There are several types of injectable dermal filler that can create this facelift effect. These include:

The results of dermal fillers are virtually instant, and although temporary, they can last as long as six to nine months. There is also virtually no downtime, making the procedure a very simple way to achieve a non-surgical facelift.

Volume loss can also be treated with a process known as transfer. In this procedure, fat is taken from other parts of your body, and then prepared and reinjected into the areas in which you wish to add volume – in this case, the face. In fact, fat transfer can be used in virtually any area of the body, including the cheeks, around the eyes and lips, and even on acne-scarred areas of skin. One of the key advantages of fat transfer is that unlike many other non-surgical facelifts, fat transfer yields virtually permanent results, making it a great long-term investment in your appearance.

Many people who are interested in a facelift are concerned about the appearance of their neck and jawline. As we age, the skin on the neck can sag and wrinkle, which leads to a loose and undefined jawline. Kybella is a new, non-surgical fat-blasting treatment that can help you achieve greater definition in your jaw and a more youthful appearance.

Kybella injections usually take place over a period of several months, and you may feel a little discomfort in the days . However, the results are considered to be well worth the effort.

There are a wide variety of light, ultrasound and laser treatments that focus on rejuvenating the appearance of the face. Targeting pigmentation problems, blotchy skin, fine lines and redness, these treatments can offer results that closely mimic those seen after conventional facelift surgery. They also tend to be relatively affordable, with fast results and virtually no recovery period.

If you are unable to achieve the result that you are looking for using any of the above non-surgical treatments, our doctor or surgeon may recommend a laser facelift. This minimally-invasive treatment utilizes laser technology to create a controlled injury, melting fat and causing the skin to tighten.

Laser lifts tend to be most effective on the lower half of the face and neck, and the results of the treatment are immediate and permanent.

Why Botox Is Great for Guys Too

How to Determine the Best Implant Size for Your Body

Author:Date:2020-10-30
For most people, achieving the perfect body is necessary. Most women want to have a youthful, hourglass figure. To achieve that shape, they want to have breast augmentation. The American Society of Plastic Surgeons recognizes the use of implants to improve the size and shape of breasts.

When Is the Right Time for a Facelift?

Author:Date:2020-10-01
The passage of time is most noticeable on your face and it can take a toll on your looks. This is why both men and women consider having a facelift. It can address sagging facial skin and deep wrinkles, thereby rejuvenating their facial features.

Breast Augmentation With Lift After Children

Tips for Staying Slim After Liposuction

Author:Date:2020-08-31
Liposuction is without doubt one of the most effective and popular cosmetic surgery procedures for body transformations. However, since weight gain can affect anyone and there can be many reasons why the extra pounds start to creep on, it is important for patients to remain diligent following their liposuction procedure.

Can I Change My Breast Implant Size?

Author:Date:2020-08-31
Breast augmentation remains one of the most popular cosmetic surgery procedures performed in the United States, with more than 300,000 surgeries being carried out every year.

What Is Breast Explant Surgery?

Tips for Maintaining Your Facelift

Author:Date:2020-07-28
Aesthetic Surgical Associates in Metairie, LA offers insight on post-surgery facelift tips to maintaining the facelift. Call us at 504-226-8200.

What are the Differences Between Saline and Silicone Breast Implants?

Author:Date:2020-07-07
Aesthetic Surgical Associates in Metairie LA shares the differences in saline and silicone breast implants. Contact us today at 504-226-8200.

Author:Date:2020-06-22
Aesthetic Surgical Associates in Metairie, LA shares tips for a successful recovery process for rhinoplasty or nose job. Call us at 504-226-8200.

Where on Your Body Can You Get Liposuction?

Author:Date:2020-05-26
There are many places on your body where you get liposuction done. Call Aesthetic Surgical Associates in Metairie, LA at 504-226-8200 to learn more.

Recovering from a Mommy Makeover

Author:Date:2020-05-26
Aesthetic Surgical Associates in Metairie, LA share tips on successfully recovering from a mommy makeover procedure. Contact us at 504-226-8200.

Author:Date:2020-04-10
Aesthetic Surgical Associates in Metairie LA explains the difference between a Brazillian Butt Lift and a Standard Butt Lift. Call us at 504-226-8200.

Candidates for a Deep-Plane Facelift

Author:Date:2020-04-10
Candidates for a deep-plane facelift are for those with ptosis along the midface area. Call Aesthetic Surgical Associates in Metairie LA 504-226-8200.

Getting a Versa Filler

Author:Date:2020-03-25
A versa filler removes wrinkles and lines on the face to combat signs of aging. Contact Aesthetic Surgical Associates in Metairie, LA at 504-226-8200.

Author:Date:2020-03-25
Our plastic surgeons at Aesthetic Surgical in Metairie, LA conduct reduction and augmentation rhinoplasty to correct the nose. Call us 504-226-8200!

Why Get a HydraFacial?

Author:Date:2020-03-11
Hydrafacials are skin rejuvenation that improves the appearance and texture of the skin. Contact Aesthetic Surgical in Metairie, LA at 504-226-8200.

Author:Date:2020-01-21
If you are considering liposuction and have any questions or would like to schedule a consultation, please call Aesthetic Surgical Associates at 504-226-8200.

Candidates for a Mommy Makeover

Author:Date:2020-01-21
Before undergoing a mommy makeover, your candidacy must be assessed by a surgeon. Contact our plastic surgery center in Metairie, LA at 504-226-8200.

Preparing for a Mommy Makeover

Author:Date:2020-01-08
Aesthetic Surgical Associates in Metairie, LA shares some key tips for preparing for a mommy makeover. Contact us today to learn more: 504-226-8200.

Candidates for Geneveve by Viveve

What is Microneedling? | New Orleans

What Can I Expect After a Hydrafacial

What Benefits Can I Expect from Ultherapy?

What are the Benefits of Liposuction?

Author:Aesthetic Surgical AssociatesDate:2018-11-30
Learn more about the benefits and advantages of taking liposuction procedures. For more information, contact us today at 504-226-8200!

Popular Cosmetic Procedures for the Holidays

What are the Benefits of Plastic Surgery?

Questions you Should Ask at Your Geneveve Consultation

What are Dermal Fillers?

What is Breast Reconstruction?

Author:Dr. Stephen MetzingerDate:2017-09-18
Do you want better breasts? Read and know more about Breast Reconstruction and its benefits. Call us at 504-226-8200 to book an appt!

Self Perception of Nasal Function

Author:Dr. Stephen MetzingerDate:2017-07-10
There are many benefits that body contouring offers. Call Aesthetic Surgical in Metairie, LA 504-226-8200 today to schedule a consultation!

Author:Dr. Stephen MetzingerDate:2017-05-17
Cosmetic surgery offers a solution to patients who are psychologically suffering as a result of their appearance. Contact 504-226-8200 today!

A Comparison of 4 Analgesic Regimens

Author:Date:2017-04-17
The most popular & budget-friendly cosmetic procedures are the use of injectables. Contact Aesthetic Surgical in Metairie, LA today 504-226-8200!

How To Choose The Best Doctor

Author:Date:2017-03-08
Dr. Metzinger has worked in the field long enough to see significant changes and improvements in his chosen career. Contact 504-226-8200 today!

Author:Aesthetic Surgical AssociatesDate:2017-01-17
Have you lost a lot of weight with bariatric surgery? Learn how a body lift plastic surgery can restore your body! Contact 504-226-8200 today!